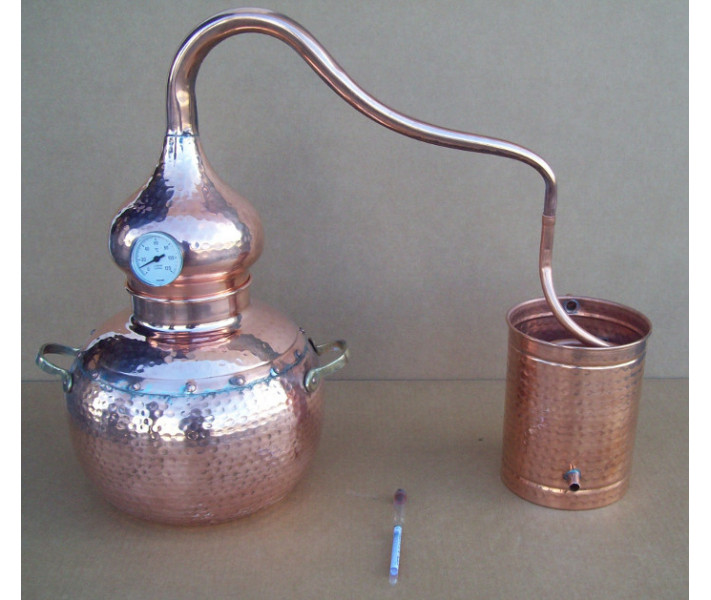 Type of use: Distillation of spirits in particular. It is used for home work, by amateurs and for testing in industry.
Material: Pure copper. Lead-free solders.
Assembly: Extremely simple simply by following the photo. The closure is achieved with a dough of flour and water or clay at the joints. This dough of flour and water is placed with the fingers.
Cleaning: Instructions for first use and maintenance are sent. The rule; wipe with vinegar and rinsed with water before use.
Care: Do not store wet. Store the alembic well dry and in a dry and ventilated place. 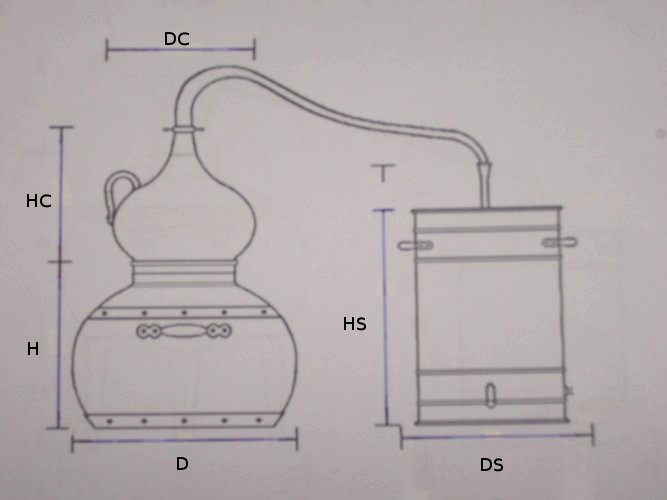 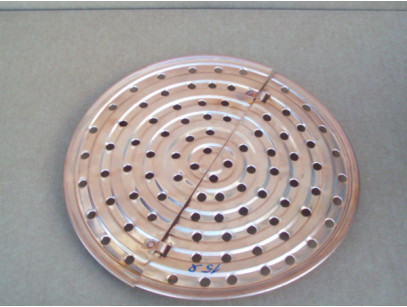